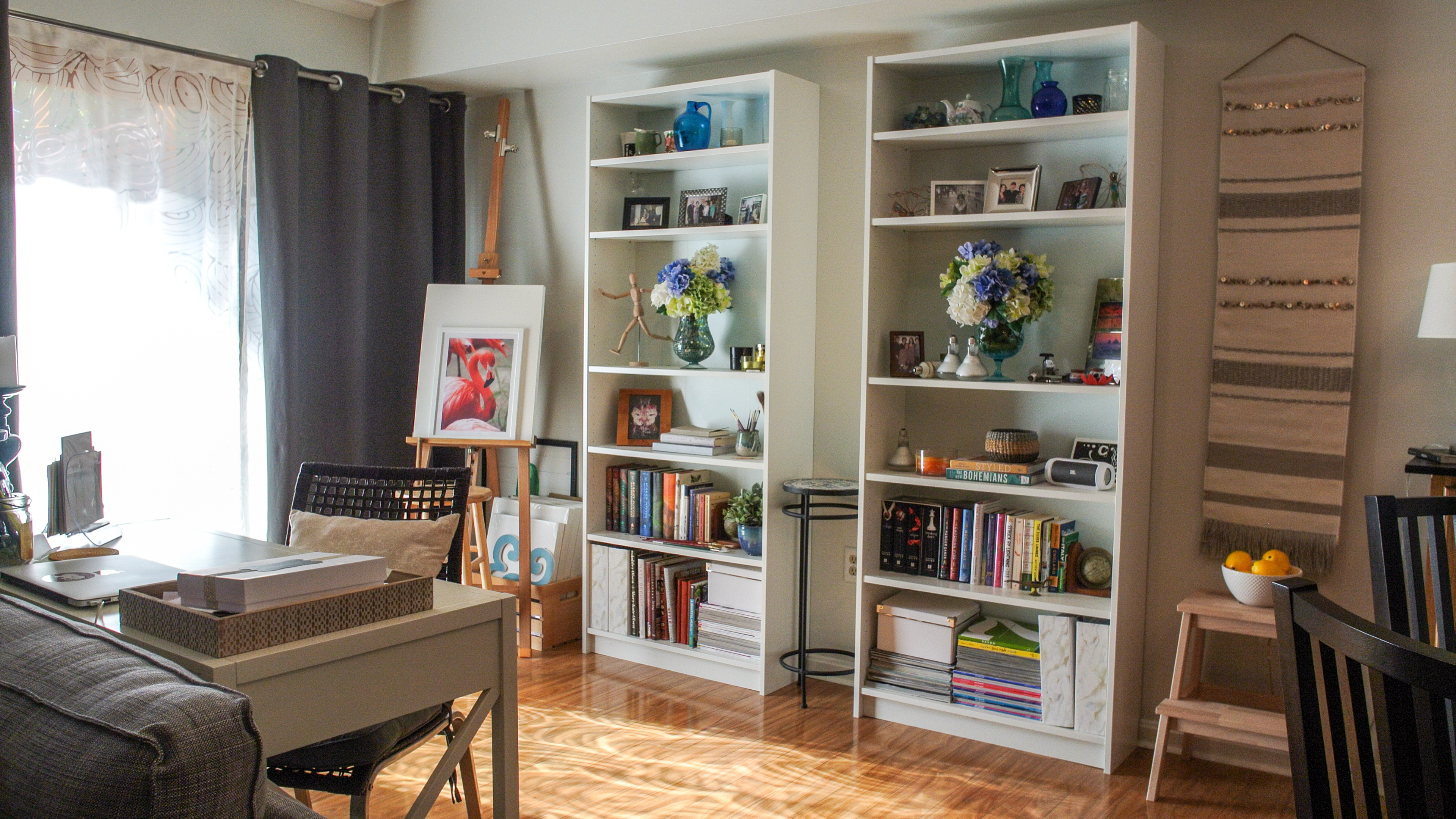 Do you remember wayyy back in October when I shared my living room and study tour, and I said that I’d be sharing plans for the redesign of my study “very soon?” Well, now it’s almost four months later and here we are! That’s soon, right? Soon-ish? Soon enough? Haha.. anywho!

When I first was contemplating my living room design, before I even made settlement and moved in, I knew I wanted bookcases along the back wall under the soffit. And I liked the idea of a desk behind the couch. These two elements created a separate space I’ve been calling my study, thought I seldom actually use the space for more than a pass through to the back deck. I usually grab my laptop and hunker down on the couch. But I’d like to use the space more thoughtfully and I have some ideas for how I’d like to do that.

The current arrangement of the bookcases was dictated by an electrical outlet that’s smack dab in the middle of the wall. So I left about a foot gap between the two, but I don’t really care for having that big space there and have pretty much wanted to update this area since I first put it together.

The bookshelves are from IKEA (of course), the BILLY model. And they have a narrower option available as well. On one of my Pinterest scrolling sprees I saw some shelf inspiration which got the wheels turning (uh oh!). I started thinking about relocating one of the bookcases to my office/studio space upstairs (tour to come “soon”) and then I could move the remaining bookcase over and flank it with two of the narrower units. Then I thought it would be nice to have a chair near the sliding glass doors, to read while curled up in a comfy chair, enveloped in a sunbeam. 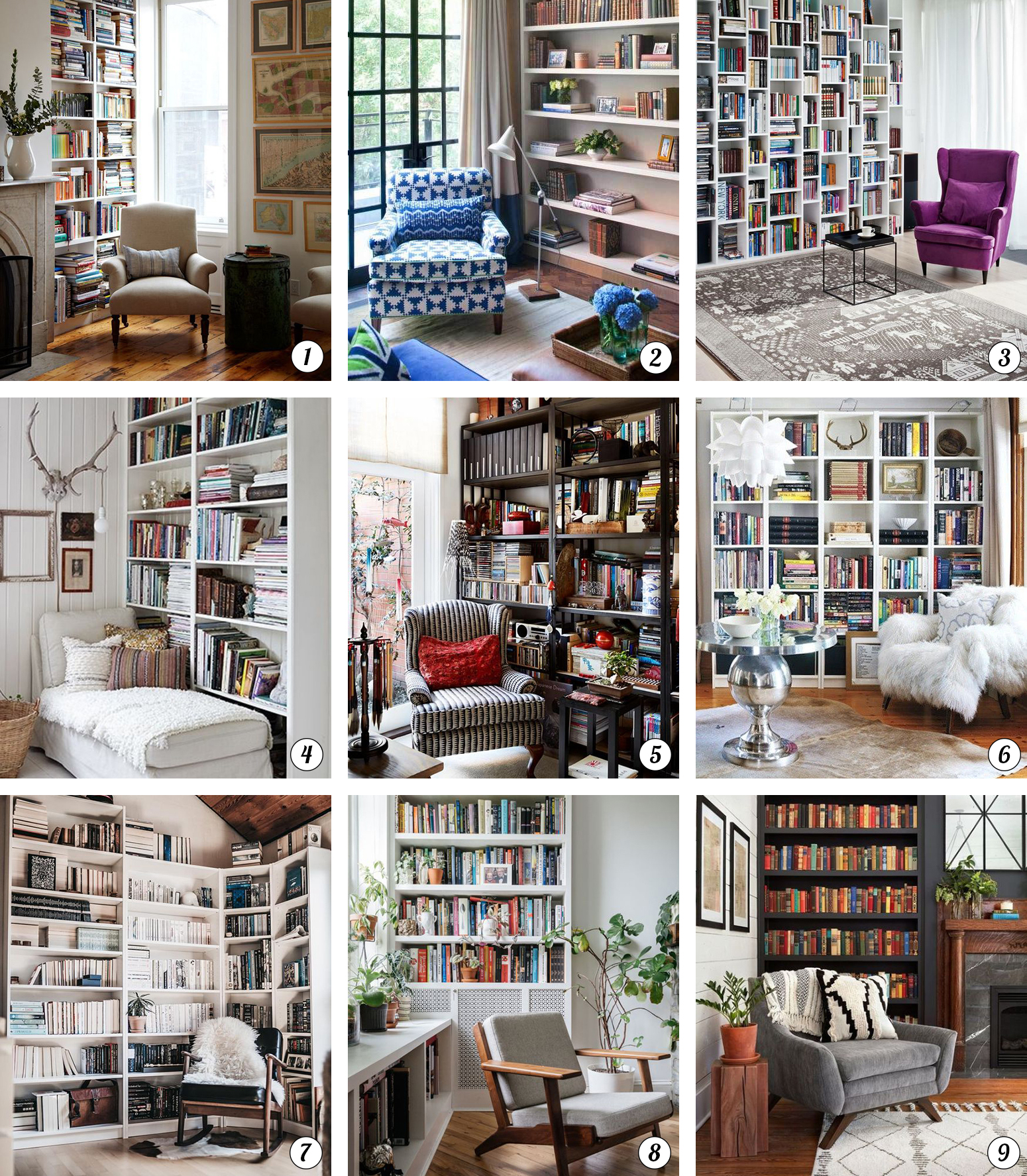 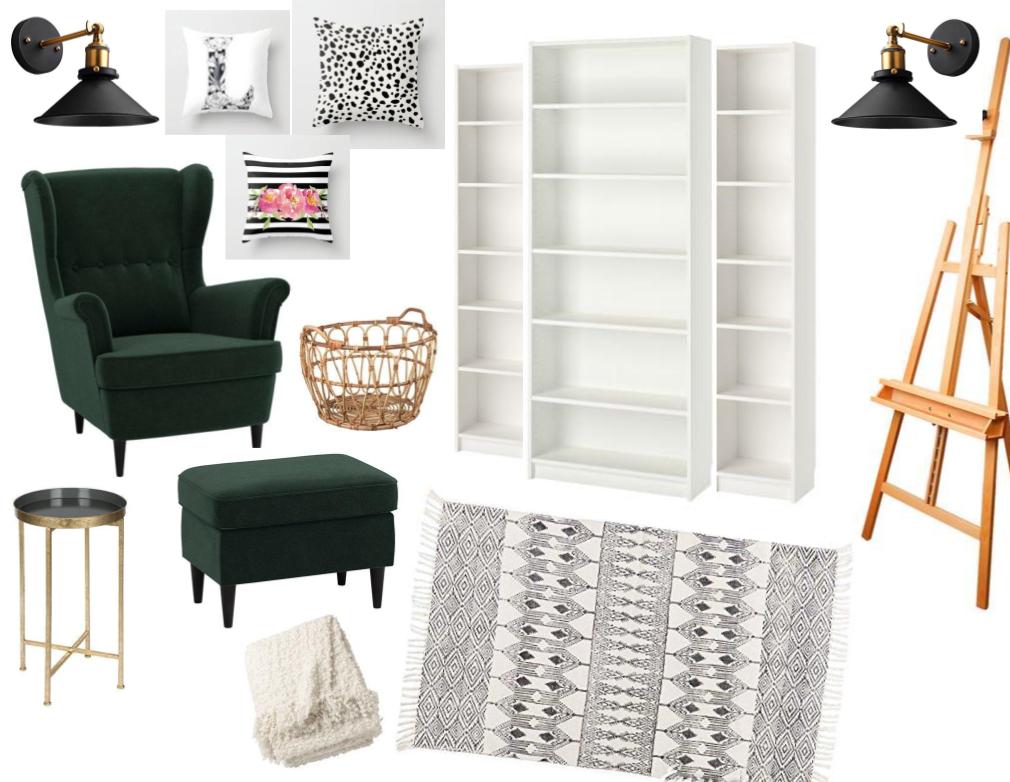 Ta da! What do you think? Some notes about my design decisions:

First up, move one of the bookcases upstairs… eek! Then I’ll be placing all of my online orders, so I can get the redesign in place by the end of March!

Stay tuned for the reveal next month!