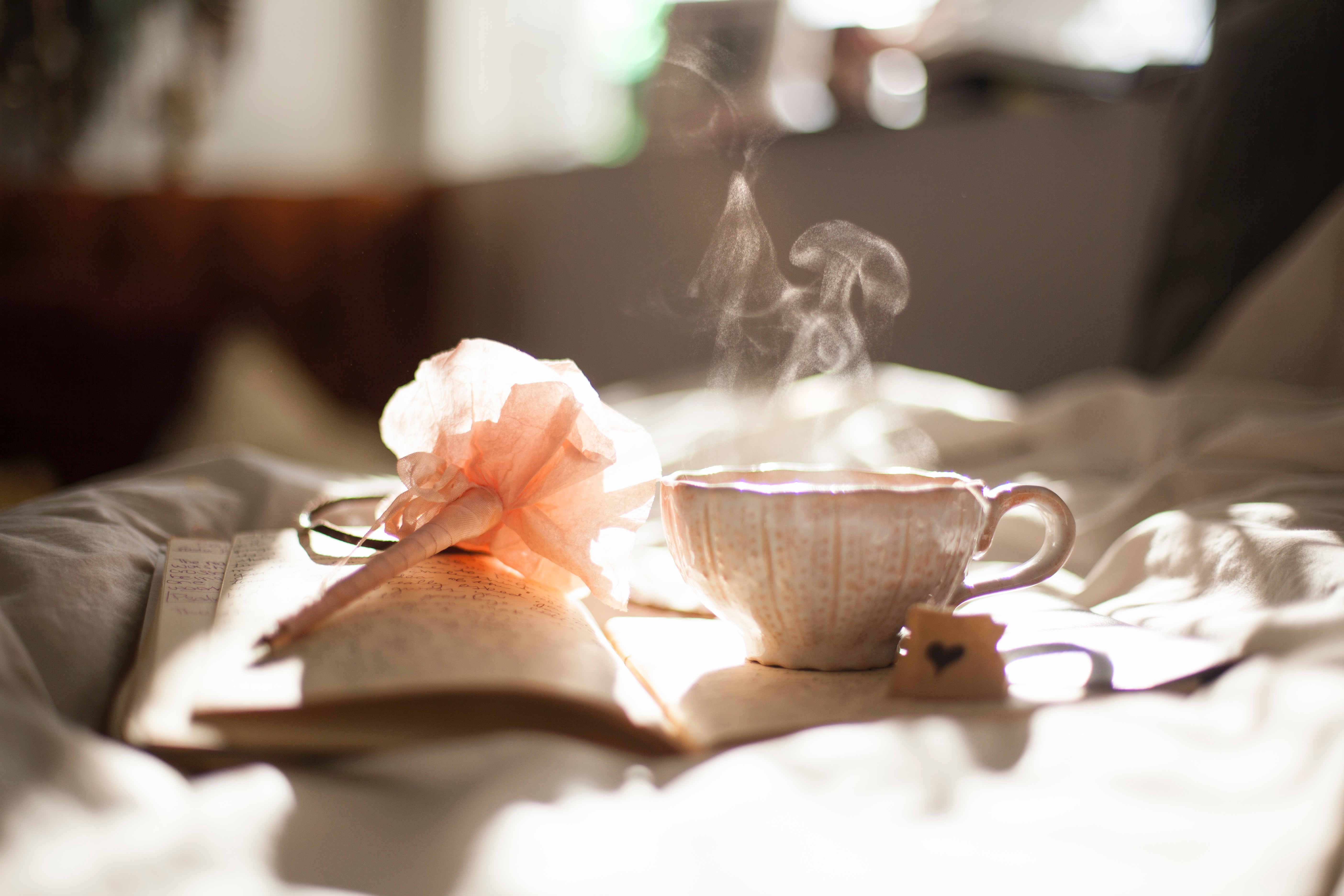 On my birthday this year I weighed in about 30lbs heavier than my ideal/healthy weight for my height. And for my own emotional well being. I know “they” say you think you’ll be happier if you lose the weight, but will you? Only time will tell I suppose, but I wanted to get back in control and do what I could to take some of the pounds off. Doing it on my own hadn’t worked up to this point.

I’d seen the Noom app advertised everywhere from Instagram to Pinterest, so on February 1 I decided to try it out for the two-week trial period. And in mid-February when the two weeks was up, I decided to do the full four-month program. It was more expensive than some other programs, but I thought I was worth it. If you read my Q1 review (HERE), I mentioned that it’s actually going quite well. So now that I’ve officially passed the half way point (and have lost about 11 of those 30lbs), I thought I would break it all down a little further and give my thoughts on it here today.

Every day the app introduces a new lesson with a series of articles to read through. Some are interactive (fill in the blank, multiple choice, etc). Some are strictly informative. There are occasional pop quizzes sprinkled throughout. The week typically has a theme and then each day the lesson builds on that theme. The articles are short and easy to read. They are written with a witty undertone. You’re also able to bookmark articles to reference at a later date, should you want to go back to a particular topic and reread.

My Thoughts: I enjoy learning about the psychology of how and why we eat the way we do, along with all of the other topics they’ve gone through up to this point. When I first started I would finish all of the lessons each day, but as the weeks went on I found myself falling behind. What I found was causing me to stall were articles that required fill in the blank participation. I’d feel stuck as to what to put in, so I just wouldn’t finish and wouldn’t move on to the next lesson either. The perfectionist in me, no doubt. Paralyzed by fear of getting it wrong. But really there is no wrong answer.

Different programs have different thoughts on how often you should weigh yourself. I always used to weigh myself just once a week (Wednesday Weigh In). So I wasn’t completely unaware but I wasn’t paranoid about it either. There was a period where I was weighing myself multiple times a day, and then finding myself upset about fluctuations throughout the day, not factoring in that I had the weight of food and water I had consumed adding to the number on the scale. Noom promotes doing a daily weigh in, so you can track your progress, see when you go astray and how it affects your weight. Even when I was behind on my lessons I would always weigh in and log my progress.

My Thoughts: I must admit I was nervous about this and occasionally get a little anxious. But it’s been good. Accountability after an indulgent day, and being able to course correct and choose my meals more wisely before any gain got too out of hand.

The Noom app has a food logging feature similar to other apps out there. It also categorizes foods into three groups: green, yellow and red. Green foods are mostly produce, some proteins and whole grains. Yellow is largely lean proteins. Red is healthy fats and desserts. Yellow and red foods have a calorie limit (a percentage based on your daily overall calorie limit which is determined based on current weight, goal weight and weight loss speed you set at the beginning). You also get extra overall calories added to your budget for every 2000 steps you take.

My Thoughts: I’ve done Weight Watchers off and on and I’ve also used the MyFitnessPal app on my own from time to time and the food logging feature is very similar to both of those apps. It’s relatively easy to use. It has more intuitive measurements like handful or serving spoon. But I have been trying to actually weigh my foods whenever possible. Same as with weighing in, even if I was behind on the daily lessons I would log my food each day. The only thing I don’t like about this is that there isn’t a way to access the food log on it’s own. You have to go in through each day of lessons. I also wish there was an easier way to calculate calories/categories before logging food so you could really plot out your week in advance.

Noom doesn’t only focus on diet. It also promotes adding exercise into the mix. One of the things the app tracks is a daily step goal (you can link it to a fitness band for logging your steps if walking around with your phone is too cumbersome). If you hit your goal for the day, 300 steps are added for the next day. If you don’t hit it, 300 are taken away.

My Thoughts: I don’t like that it take away steps if you don’t reach your goal, I think it should leave it as is. A couple of weeks ago I was doing really well and had my step goal in the 6000 range. Then I went a little too gung ho with getting my steps in plus adding in other exercise, and it ended up aggravating my back to the point where it was more difficult to get out of bed than normal. And I had some other issues: cold, sinus, inflammation, etc. So my step goal dropped quite a bit, but I’m working my way back up and hope to keep it on the rise. Often times, when I am intentional about hitting my goal, I find I actually exceed it.

From day one you’re assigned a goal specialist that you checkin with every week through the app’s messaging feature. You set intentions for the week, reassess and strategize as needed. It’s great for keeping you accountable. But it’s also a nice to have support from a stranger. And what I’ve found is even if I have a hiccup one week or need to keep my goal the same for a couple of weeks in a row because it’s taking longer to accomplish, I don’t have to feel bad about not making progress as quickly as I’d hoped (which is definitely my tendency). They are there to help you figure out what works best for you and encourage you to take the steps necessary to succeed.

My Thoughts: I was nervous about this as well, big surprise lol. But it’s been really good.

After a week or two, you get put into a group with people who started at the same time as you, so your lessons are aligned with everyone else. There’s a group coach who posts challenges, answers questions, asks questions, etc. Some of the lessons tell you to share with your group. You can comment on other peoples posts or start your own thread.

My Thoughts: This is my least favorite part of the app/program. Not because I don’t think it’s a good idea or something that is useful. It’s definitely nice to have a support system with a group of people going through the same program as you. But the way it’s organized is difficult to navigate at best. It would be easier if a thread was created for each lesson so there was a specific place to post rather than some people creating their own post in the general board and others commenting on someone else’s post. It’s just all over the place.

Overall I’m very happy with the experience. It has been difficult at times. There was a week or so where I hit a mini plateau that put me in a funk. I was working so hard and the scale wasn’t moving. It was like a sick joke. But like the program was a mind reader, the lessons about getting out of a plateau came up at the just right time. I took some of their advice and like magic the scale moved. Hooray!

I still find weekends to be the hardest part of it all, but unlike previous attempts at weight loss that I did on my own, I no longer undo all the hard work from the week in a single weekend. I might gain some weight, but it’s not a major setback that I can’t overcome the following week. No change in weight is a happy discovery come Monday morning! And a loss?? That’s a miracle!!!

I’m not sure I’ll hit my goal weight by the end of the 16 weeks, but I’m hopeful that I’ll get a lot closer than ever before.

Have you tried Noom or another program like it?

Photo by Carli Jeen on Unsplash

One thought on “My Health & Fitness Journey // UPDATE”