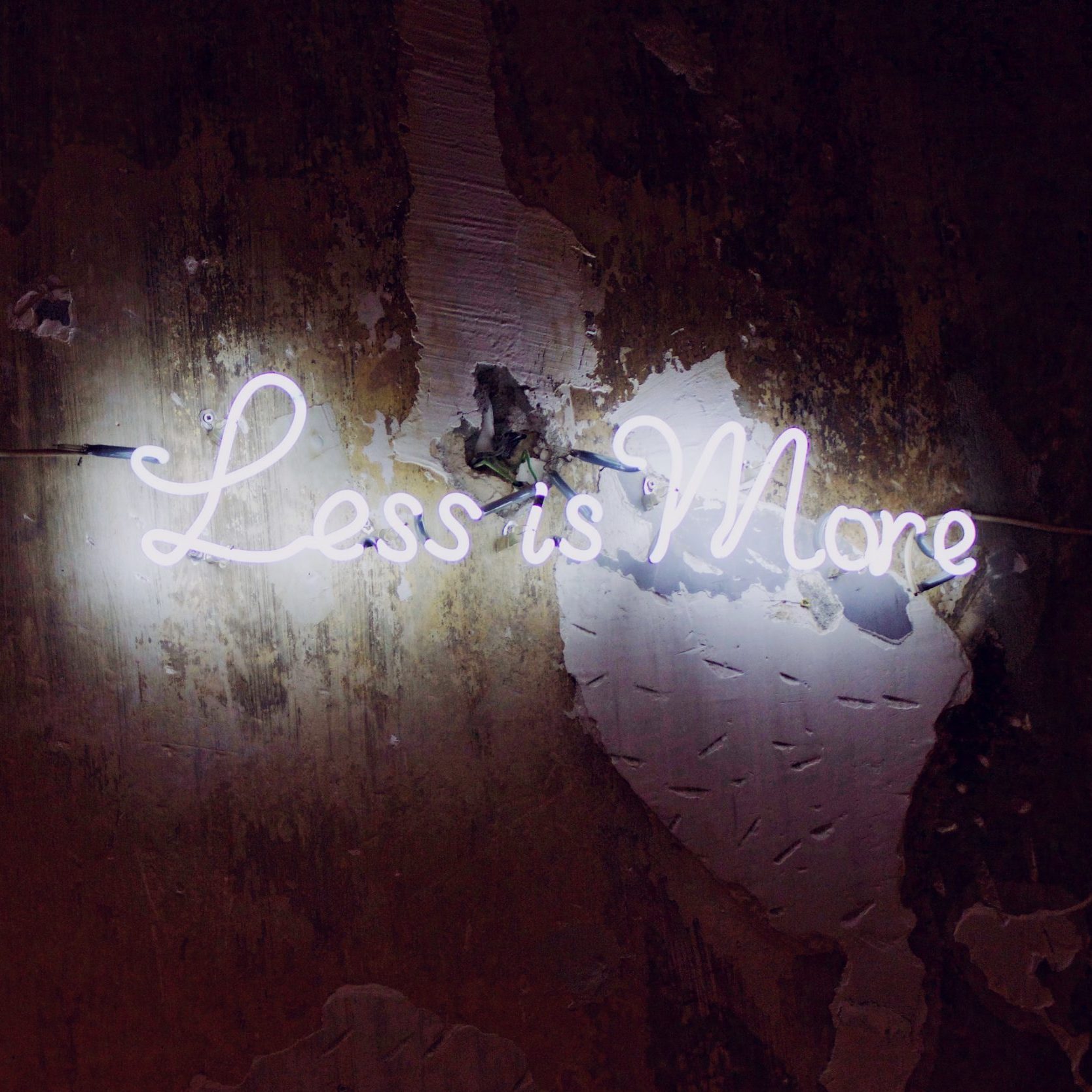 Last week I introduced a new series to the blog called Living With Less. In the intro post (HERE), I spelled out the five areas I plan to focus on to achieve a more minimalist lifestyle. I’m not going for bare wall minimalism here. Maybe more like a classic bohemian minimalism… is there such a thing? Basically, I don’t want to live in a museum, and I don’t want my house to feel sterile. But I don’t want it to feel like a furniture store either. I want it to be pared down but cozy. I like things, I still want things… just not as many things.

So WHY am I doing this anyway?

There is so much in the world that we can’t control, especially right now. Why not seize the opportunity to do something about the stuff we can? There’s no time like the present, right? Carpe that diem!

It’s know it’s easy to get caught up in the next big thing, or jump on the bandwagon just because that’s what all the cool kids are doing. I know because that was me!

Most of the time the answer is no. So here I am, over a year later, finally jumping in with both feet!

Okay, so that’s what made me decide to do it. But I’m not just a lemming jumping off the cliff. So what is the DEEPER why? What value will I get out of it? I’m pretty sure we’ve all heard (and you’ve probably even said it once or twice) the saying “less is more,” right? But is it? And what does that even mean?? How can less be more?

I did an internet search to try to wrap my brain around this idea and there are a lot of interpretations out there. Some might be a stretch, others less so. Some of my favorites:

I also believe that having less stuff around will give me more peace of mind too. And nowadays, I’m all about that.

I wouldn’t call myself a hoarder, but I do have a tendency to accumulate stuff. Papers! Oh, the papers… why am I holding on to 17 years of financial paperwork? I’m pretty sure you only have to keep seven, right? Am I just too lazy? Maybe. But that’s neither here nor there. The time has come to deal with it, and I think the process of sorting through all of my things and making a decision on each item, whether it be paperwork clutter or possessions I no longer have a need or desire for, will be good for me. It will make me stop and look at the bigger picture and decide what has purpose in my life right now. I know it will be difficult at times, tedious at others, but I think the journey will be worth it in the long run.

And once I’ve gone through everything and pared down my possessions to what is most important, when I have a lot less, hopefully I’ll have a lot more.

Are you a less is more type of person? Or more is more?

Photo by K8 on Unsplash

One thought on “Living With Less // Is Less Really More?”