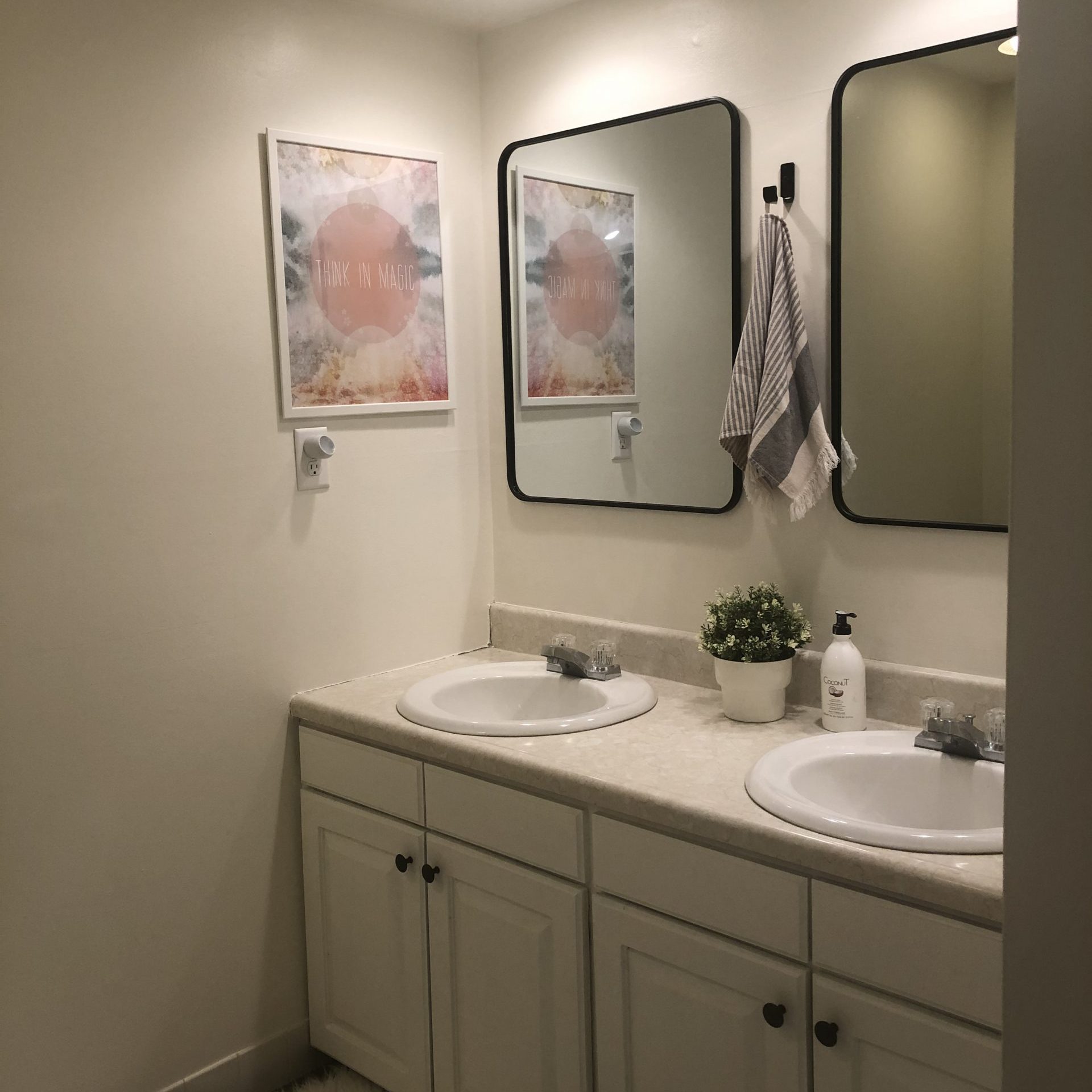 I’m at the halfway point of my bathroom renovation! A lot has happened since I shared my plans and inspiration (HERE). I posted about my progress when I was a 25 days in (HERE). I did all the “demo” and even removed the mirror! Wow, what a feat that was! I was super proud of myself for getting that done all by myself.

Since my last checkin, I’ve removed the decals in the shower, primed and painted the vanity, painted the walls, hung the mirrors, painted the product shelf (original plan was to buy a new one, then to strip the paint off of one I had, then just paint the one I had). I had hoped/planned to be farther along, but I decided to space things out a bit more and give myself some grace. Painting these tight spaces is hard and I’m not as young or as in shape as I used to be!

Here are some progress shots, followed by the current state of affairs below! 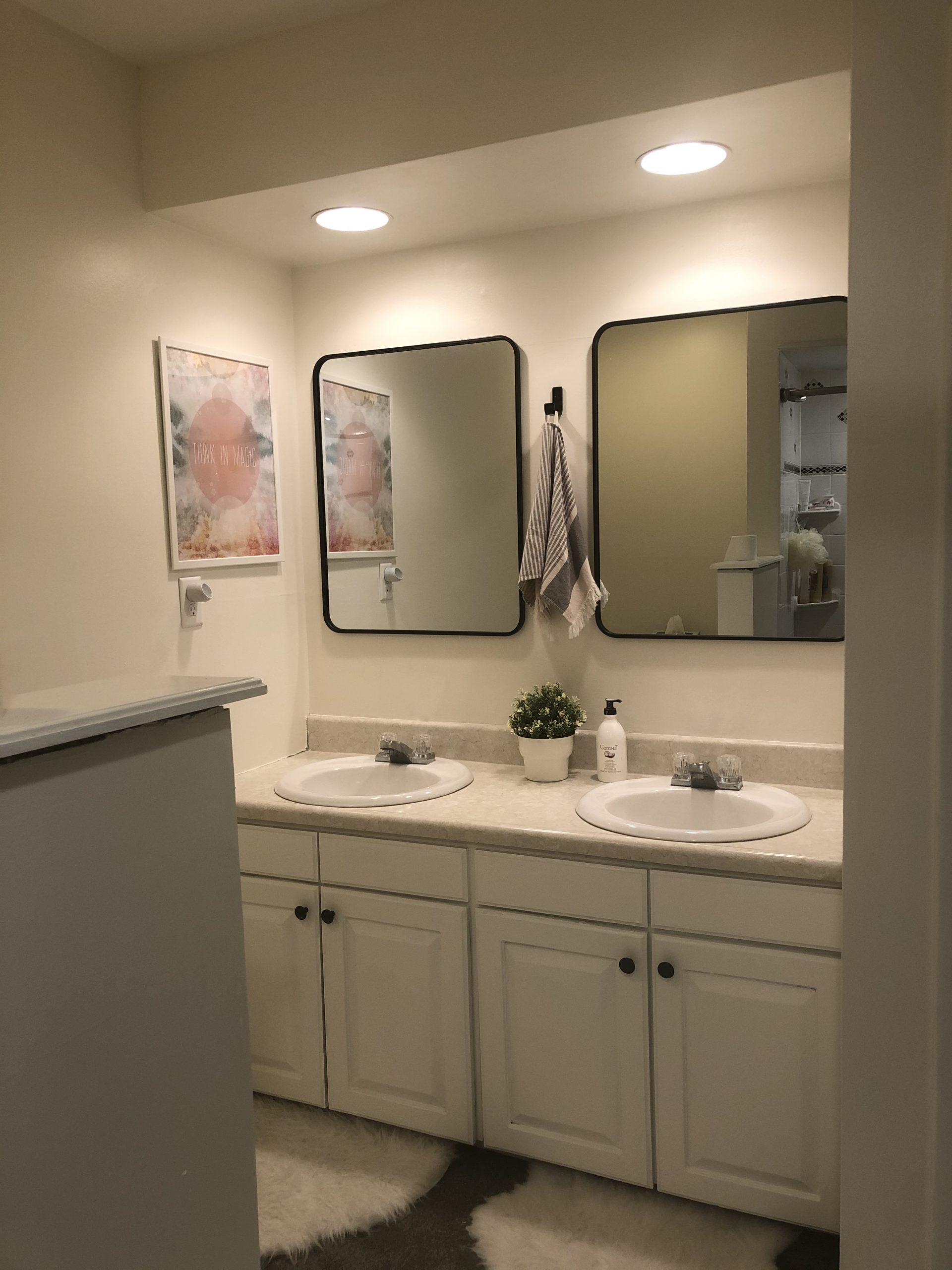 Ta da! I put up a framed print temporarily just to spare you from the big gaping medicine cabinet hole… and don’t look too closely, I still need to recaulk… and clean paint off the counter, soap dispenser and mirrors – hahaha, shhh… 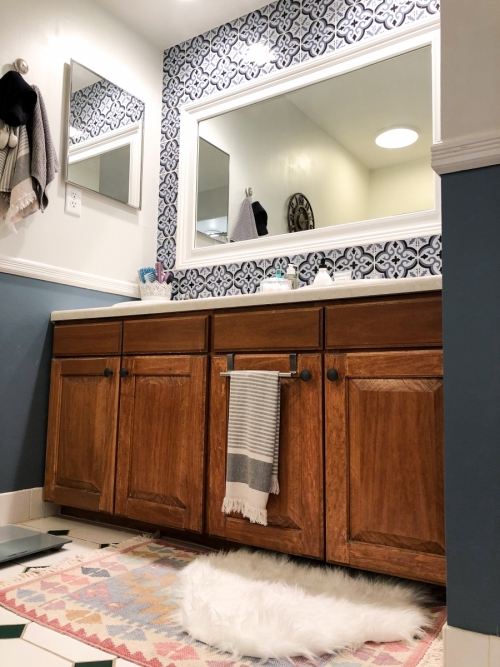 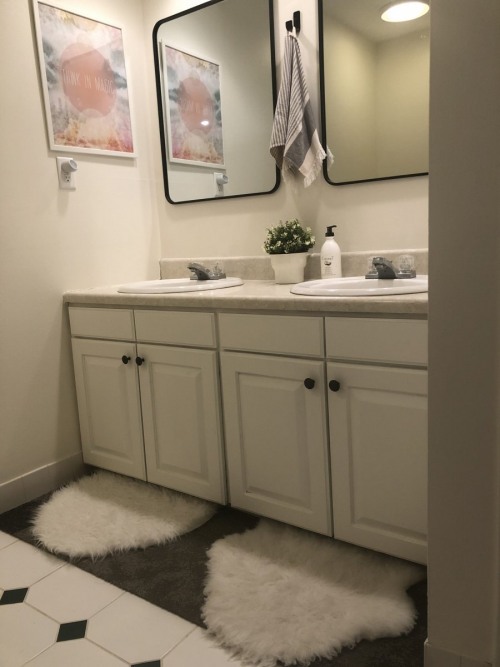 The most recent before and after! I’m pretty happy with it so far. And I’m so glad to have it at least done to this point. I don’t know how people live through real renovations!

Next up on the agenda: hang new hooks (already did one!) & TP holder (having an internal debate over which side to put it, haha), install my new medicine cabinet (which will now just be a niche with shelves and no door if all goes according to plan), freshen up the shower grout, put up new tile decals in shower (grayer than I anticipated but hoping it all works out), replace shower curtain rod and hang new DIY shower curtain.

Are you working on any big projects?

One thought on “Bathroom Reno // Phase 1 Check In – The Halfway Point!”