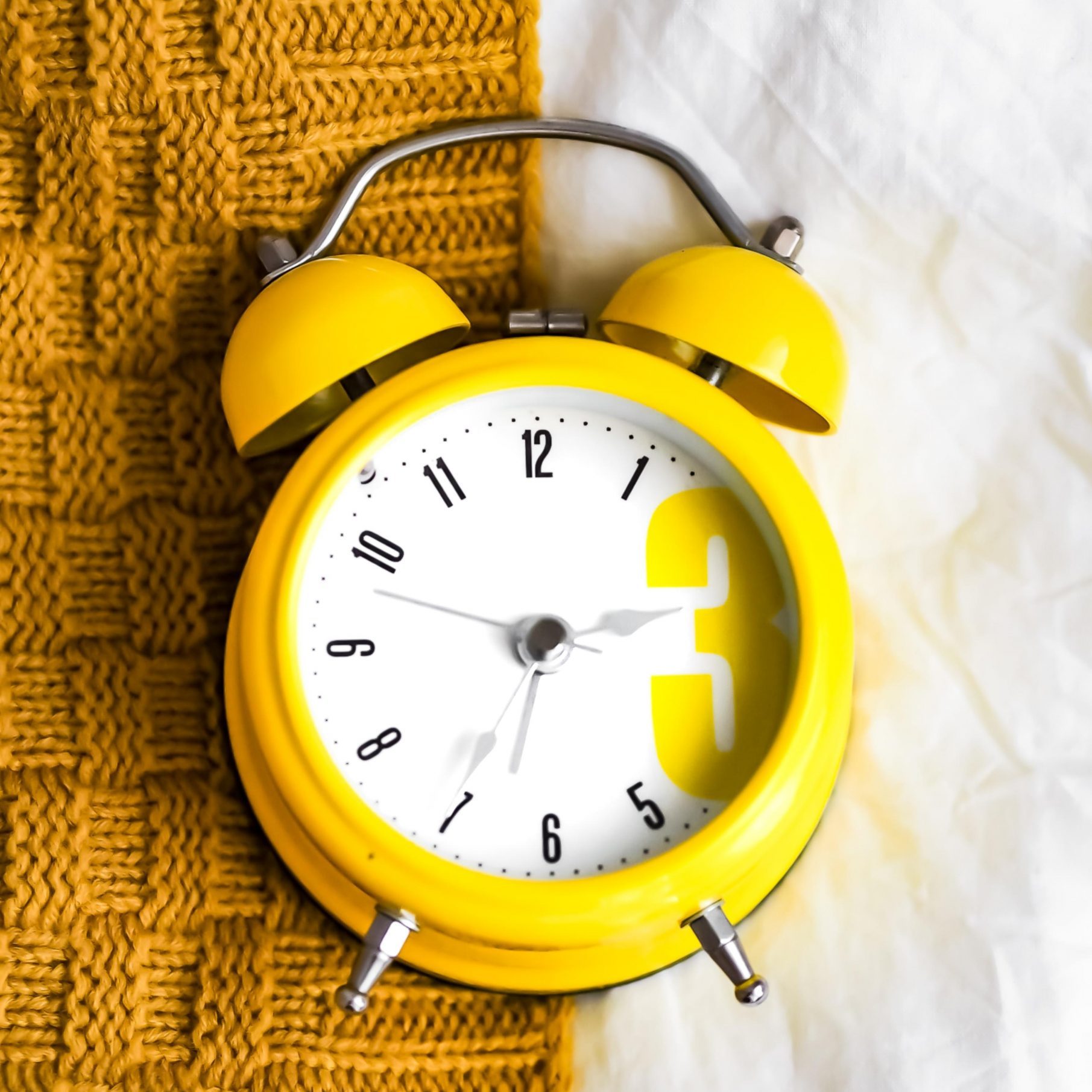 First of all, I can’t believe it’s December already, and that this year is almost over! Second, HALLELUJAH! And third, how cute is that alarm clock?? lol…I digress!

Today I am excited to delve into the final pillar in my Living With Less plan: to simplify my routines. I really need this, now more than ever. Not that I’m a particularly high maintenance woman, but lately I’ve been feeling a little lost. I’m hoping by simplifying my routines and bringing everything back to basics that I can reboot my outlook too.

When I first outlined my Living With Less plan earlier this year (HERE), I mentioned some of the aspects of my routine that I wanted to minimize: skincare, makeup, hair styling, exercise and diet.

Skincare is actually something I probably need to ramp up during this time of mask wearing. Mask-ne is a thing, people. Or it’s just a coincidence that I’m breaking out on my nose and checks more than I ever have. My chin has always been a problem, so I can’t blame that on the pandemic. I don’t want to make my routine too complicated, or I won’t want to do it. There was a time when I enjoyed coming home from work and taking my makeup off and applying different products. Now I’m just tired and want to go to bed, I wash my face but that’s really it. I just need a simple, and effective, skincare routine.

We were already in the midst of the pandemic when I introduced the idea of simplifying my hair and makeup, but I had actually been wanting to do it for sometime before that. Then the pandemic hit and the timing was perfect (probably one of the only positives to come out of it), because without much effort my makeup and hair routines were cut in half. When you wear a mask all day, makeup doesn’t really matter much, right? And my hair, well, I can’t tolerate wearing it down while I have a mask, so it’s been up in a ponytail or bun a lot the past several months. Recently, I have started doing a half up, half down style now that it’s colder. But still, minimal effort. And no heat or hair tools in sight.

I definitely need to work on getting exercise back into my life. It’s been a tough couple of years. And I don’t recognize myself. I don’t feel good in my own body. I feel like a stranger. I tried going to the gym when they reopened in June. Now they’re tightening restrictions again (and rightly so) but I don’t think I can keep the mask on while exerting myself that much on the elliptical. Instead, I’m hoping that if I can come up with a simple routine that I can do at home, that I’ll be able to stick to it and make it an unquestionable part of my day, and make some progress here too.

And last but not least, my diet. I’m not even sure what to say about this. I don’t want to eat an unhealthy diet, and for the most part I don’t think I do. It’s not so much simplifying what I eat, it’s simplifying the decision making process. I want to make it less stressful deciding what to eat. Ironically, I need to give this some more deep thought before I implement something. If I can put the effort in now to come up with a varied and tasty menu that’s satisfying and healthy, it should make the actual weekly and daily food decisions I make much easier.

Have you simplified your routines in 2020?

Photo by Laura Chouette on Unsplash